Support, information and help with our products and Unity assets.

Help, support and information for our Game Framework Unity Asset.
If posting about the assets in the extras bundle then please use the appropriate forum.
Post Reply
6 posts • Page 1 of 1

I want to be able to have more information appear on the world buttons, but I can't seem to get the information to populate by making changes to the prefab. The CreateWorldButton script seems to be assigning the World/Scene to load. And I want to assign that myself.

If I want to be able to identify the buttons as World_1 and such so I can use conditional statements and then use "Numbered" to get the condition. When I use numbered, now, the number is the same for each button, thus giving the same results.

And I want to be able to Conditionally show the stars won in a World on the world button. I think the condition action script will work by allowing me to activate a child gameobject on the button, but I can't find a ShowWorldStars or similar.

I have also tried setting the conditional action to from loop, and put it in the WorldButton prefab, but it doesn't work. (Wrror - When using a GameItemContext reference mode of FromLoop ensure that it is placed within a looping scope.
Gameobject: GameConditionGameItemUnlocked)

Can you help? I am still on this quest of wanting the Stars won to be scene in the world buttons. Not just the current selected world.
Top

Can you try posting a screenshot so I can see the heirarchy of the world buttons.

For the below it might be from loop that you need, however you need something to set this context. If the buttons are being created automatically with the CreateWorldButtons component then this should be set.

I added a componet ShowWorldStars if you want to test it. Place on Text Component and use {0} Total Stars {1} Won Stars. You will need to add / replace the following (backup first): 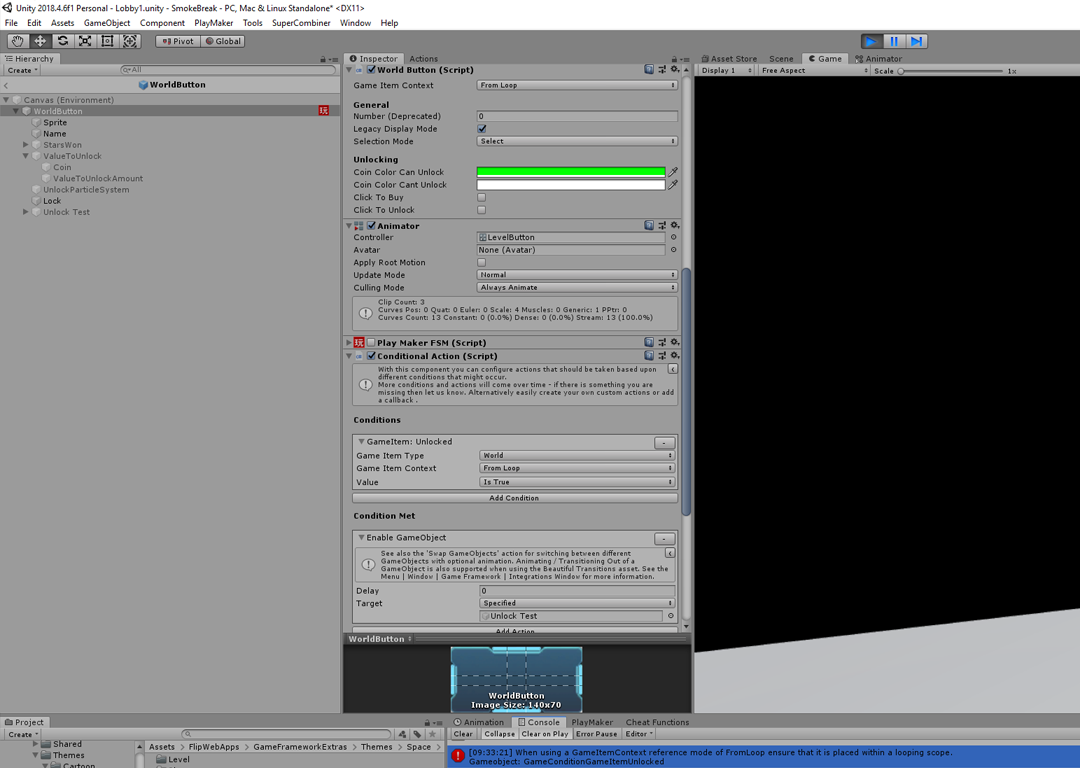 I cannot get the conditional statement to work on a "from loop" when using the loop in the game item. See error in screenshot.

And here is the heirarchy Am I putting something in the wrong place? 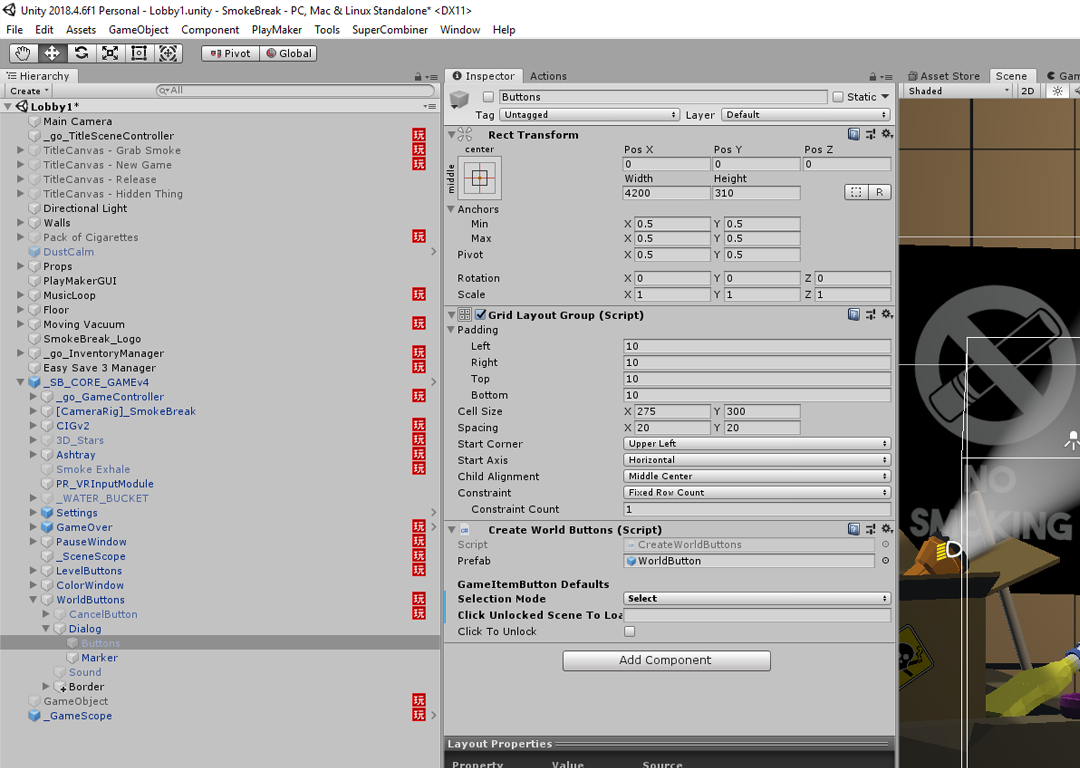 Auto is easier, but if I have to...manual is fine.

I want to unlock the worlds with the Total Stars earned through the entire game. I want to set the worlds like (World 2 -20 Stars, World 3 - 40 Stars, World 4 - 60 Stars) But not have the stars deduct from the total stars (no coins) So if the player has 40 total stars - World 3 would open. I am using, at the moment, the coin total to represent the total game stars won. But, I don't want to "pay" for the new Worlds, just open them when I get past a certain amount of Total Game Stars Won.

I hope this is the last hurdle. Thank you for your help.
Top

Can you try with the update in this file:

My suspicion is that the component is trying to access this in Update or something but the 'FromLoop' reference is only valid on initialisation.

As a second option you could try 'Reference' mode and drag the World Button component into the ReferencedContext field, although I hope the above fixes the problem.
Top

Did a further test on this. The code change doesn't seem to pick up all cases, but teh second 'Reference' instead of 'FromLoop' mode seemed to fare better..
Top

However, manually, everything looks promising. I have the unlock value set on each of the buttons in a conditional. I am using the player coins to represent the total number of stars won in the game. I am testing out the ability to perform multiple conditionals.to

So now my "problem" is when the new world is opened the player may not see the animation on screen. So I am trying to send a message or something to my player to alert them that a new world is opened. I can probably do it thru a Playmaker FSM just by tracking the player coins. I am experimenting.